Steve Lee is a Korea-born American entrepreneur who is presently the CEO & Co-founder at AmazeVR.

Mr. Lee after completing his Bachelor of Science Degree from Korea Advanced Institute of Science and Technology with a specialization in Industrial Systems Engineering & Biological Sciences in 2010 joined A.T Kearney as a Business Analyst in Korea. Prior to this, he also worked for 3 years with Kong Young DBM as a software engineer where he led 15 projects. He studied at Seoul Science High School and won the “Grand Prize” at the Seoul Science Olympiad.

Mr. Lee before moving to California has worked in various organizations in Korea. After A. T. Kearney, he joined Brain & Company as an Associate Consultant where he worked for a year. He joined Kakao Corp. in Seongnam, Korea as a Team Leader of Strategy team before moving up the ladder as Task Force Leader of the new O2O business. As a Task Force Leader, Mr. Lee headed the launch of a new intelligent retention marketing platform, “Kakao Time Coupon”, for offline stores.

With his expertise in technology and past experiences in the marketing industry, Mr. Lee co-founded AmazeVR, Inc. in Sunnyvale, California in October 2015 along with other Korean technology veterans.

AmazeVR, a virtual reality video distribution platform has made a niche in the industry. The company has maintained a top 10 ranking in the top free sections of the Gear VR and Oculus Go stores since 2017. As a CEO  & Co-founder, Mr. Lee is responsible for strategy development, fundraising, and directing day-to-day operations.

Mr. Lee aims at building VR/AR the next great frontier for entertainment and personal displays.

In an exclusive interview with AsiaTechDaily, Mr. Steve Lee says:

"More pain, more gain. It makes me handle stress. Don’t start a startup unless you really want something from it and you understand high return is coming from high risk."

Read on to know more about Steve Lee and his personal journey from being an employee to an employer.

By registering for free, you will be signed up for an account which gives you access to all free stories we’ve ever written in AsiaTechDaily. 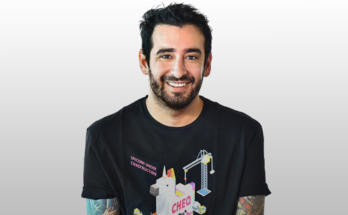